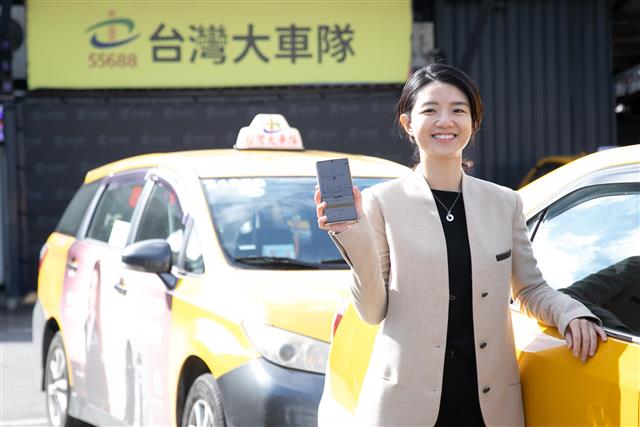 With 6.5 million users on its app, Taiwan Taxi has moved beyond transport and secured a footing into the service sector. The huge repository of data allows the company to identify cab-hailing hotspots and promote customized services.

Taiwan Taxi has more than 22,000 taxi cabs, accounting for 24% of Taiwan's taxi industry. It offers at least 80 million rides every month to 10 million passengers. It rakes in NT$17.6 billion (US$593.8 million) in fares every year.

The company in 2016 established a data center to manage the data produced by 6.5 million users on its 55688 app, said Taiwan Taxi CEO Tracy Lin.

The app's information services have contributed 80% to its revenues. Among the segment, 92% derive from taxi hailing services, and the rest from other services such as laundry and delivery, the company's financial statements showed. Starting as a ride-hailing tool, the 55688 has become a super app that connects different aspects of life.

The company hopes to create an open platform for businesses from different sectors, so they can jointly explore smart life opportunities, Lin said.

It has developed an AI-assisted system for predicting cab-hailing hotspots. The system was built with the ride-hailing records of users, driving courses, and points of interest on maps, alongside external data sourced from the Central Weather Bureau, event organizers, and other transport networks, she said.

With a precision rate of up to 90%, the system can save a driver an hour in waiting, so every driver can save up to NT$5,000 in fuel consumption every month, she said.

Through its app, consumers can identify their favorite taxi drivers while blocking those they hate. They can also require female drivers or handset chargers in advance. Some drivers pay more efforts to retain frequent customers, so they can earn NT$20,000 from these frequents every month, she observed.

When passengers get on its taxi, they can see a monitor playing commercials that are location based. For example, when the taxi nears a department store, the monitor will present sales information about the store, she said.

Taiwan Taxi has grown beyond a transporter to a data-driven service company, industry observers said.