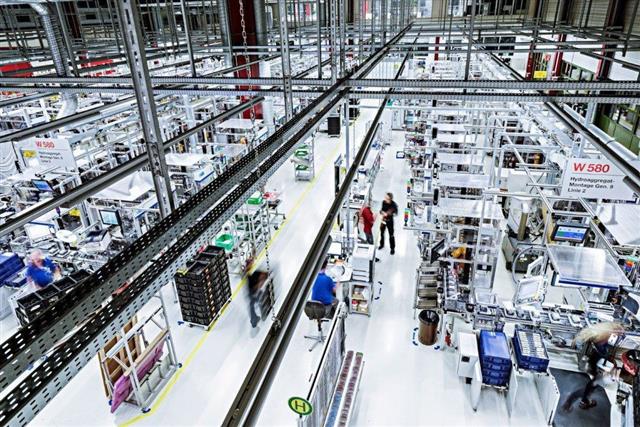 Bosch, the world's largest automotive parts supplier, is reportedly re-negotiating contracts with carmakers for its planned price hikes, which might lead other suppliers to raise prices as well, according to industry sources.

The German supplier said in early May it will have to pass on cost increases to customers. Its already-high production costs have been exacerbated by the effects of the war in Ukraine, while energy, raw materials, and logistics costs have increased steeply, Automotive News Europe reported.

"We can't be satisfied with 4 percent" at a time when automakers are reporting double-digit margins, Bosch CEO Stefan Hartung was quoted as saying.

Chinese media reported that Bosch is in the middle of re-negotiating prices with carmakers, with Bosch finance chief Markus Forschner expressing the hope to reach deals that reflect its true costs and are acceptable for both sides.

Bosch's production in China was impacted by COVID-19 lockdowns in several cities. Since April, two of its vehicle parts factories in Shanghai and neighboring Taicang city have entered closed-loop operations. Another factory in Jilin Province also halted production and logistics activity.

Unlike consumer electronics, demand for vehicles remains robust, even spurring used cars sales. Most carmakers have difficulty fulfilling clients' orders at this moment, so they might be more willing to accept price hikes by parts suppliers. Driven by cost increases of lithium batteries, several vendors of new energy vehicles raised prices in the first quarter despite having to break contracts, industry sources said.

Amid the general optimism about the global car market, dealers of cheaper models might come under greater pressure due to materials shortages and cost increases. Buyers of such models are usually sensitive to price fluctuations. As carmakers cannot make profits by producing more low-priced cars, they turn to the midrange ones, the sources said.

Due to semiconductors and materials shortages, Japanese carmaker Toyota Motor has planned to cut its global production in June by 100,000 units to roughly 850,000, while announcing additional factory line suspension domestically, according to Reuters.