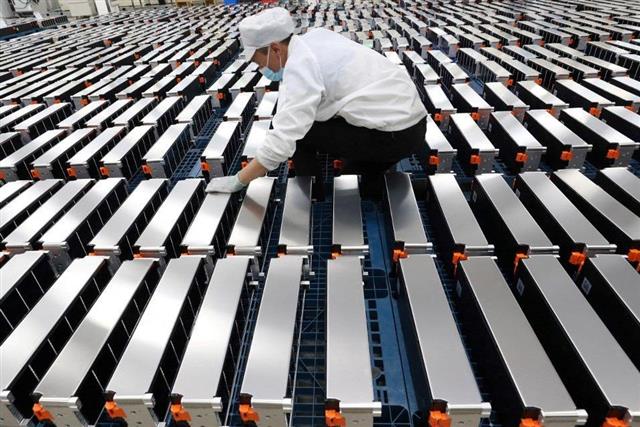 Lithium prices are found to have increased more than sevenfold. Credit: AFP

The International Energy Agency (IEA) has advised the auto industry to diversify battery manufacturing and critical mineral supplies, as it found prices of raw materials such as lithium, nickel, and cobalt have surged drastically.

"Between the start of 2021 and May 2022 lithium prices increased more than sevenfold and cobalt prices more than doubled. Nickel prices almost doubled over the same period reaching levels not seen for almost a decade," IEA said in the Global EV Outlook 2022 report released last week.

Demand for lithium-ion batteries is overwhelming, but the battery supply chain may not be ready yet, industry sources said, admitting the shortages of mineral materials pose a challenge.

The surges of lithium prices were driven by demand from makers of ternary batteries and lithium iron phosphate (LFP) batteries, the sources said. The expansion of LFP battery production has grown faster and larger in scale than that of ternary batteries, mainly spurred by China-based battery makers who command 99% of the world's LFP production, they said.

Nonetheless, the sources are not so pessimistic about lithium supply, saying its shortage was because the speed of material refining process could not catch up with the soaring demand for lithium batteries.

"Price of lithium has gone to insane levels! Tesla might actually have to get into the mining & refining directly at scale, unless costs improve. There is no shortage of the element itself, as lithium is almost everywhere on Earth, but pace of extraction/refinement is slow," Tesla CEO Elon Musk tweeted in April.

By comparison, the shortages of cobalt and nickel are more worrisome for the supply chain due to limited reserves, industry sources said.

South Korean battery makers such as LG Energy Solution (LGES) and SK On have turned to developing LFP batteries, which can disperse the risks of mineral shortages in the long run, the sources said.

To ensure the maximal use of battery metals, many governments and mainstream carmakers have planned lithium battery recycling mechanisms while they are expanding production. Technological advancement has also reduced the unit use of cobalt, a rarer material, in battery making, the sources said.