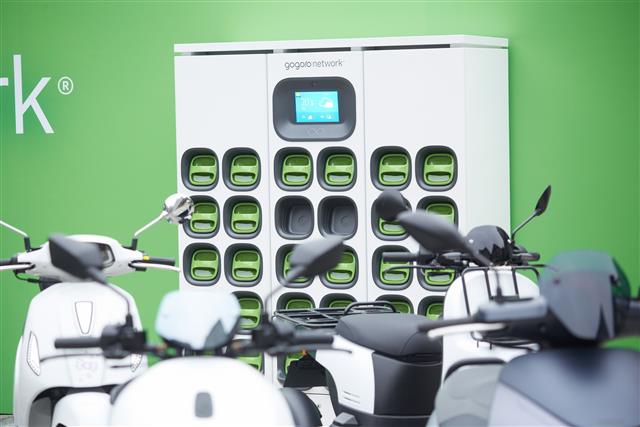 The Indian government is formulating a single standard specification for swappable EV batteries, and companies have expressed their fears about a battery monopoly that kills innovation.

Mint, citing unnamed sources, reported that an alliance of companies formed by Hero MotoCorp, Gogoro, Sun Mobility, Piaggio, and Exicom had expressed their opposition to a single standard for the battery form factor, connector, and communication protocol to the government officials.

India's Ministry of Finance announced a plan to release an interchangeable battery-swapping policy in 2022. The official think-tank NITI Aayog published a 19-page draft swappable EV batteries policy in April, inviting comments until June 5. The Department of Science and Technology and Bureau of Indian Standards are responsible for formulating the battery specifications and standards, such as battery size, capacity, connector, and communication protocol.

According to Mint, a senior executive of a battery swapping company said that the standard is limited to a narrow range of dimensions, and the specification favors one company in the ecosystem.

In early May, Indian Battery Swapping Association wrote to NITI Aayog that the standards under formulation by the Bureau of Indian Standards would enforce a monopoly around a single company's standard, according to Mint.

Rohit Kumar Singh, secretary at India's Department of Consumer Affairs, told Financial Express that the benchmark standards to be laid down by the Bureau of Indian Standards would be flexible enough to promote innovation and value addition in the sector and in tune with average temperature prevalent during most times of the year in India. Due to faulty battery cells and modules, there has been a spate of EV fire incidents in recent months.

Three swappable EV battery ecosystems are developing in India: Sun Mobility; Hero MotoCorp and Gogoro; and Honda. Since April, Sun Mobility has formed partnerships with Terra Motors, Greave Electric Mobility, and Amazon India on battery swap solutions and networks. Gogoro and Honda have yet to deploy their swapping network.