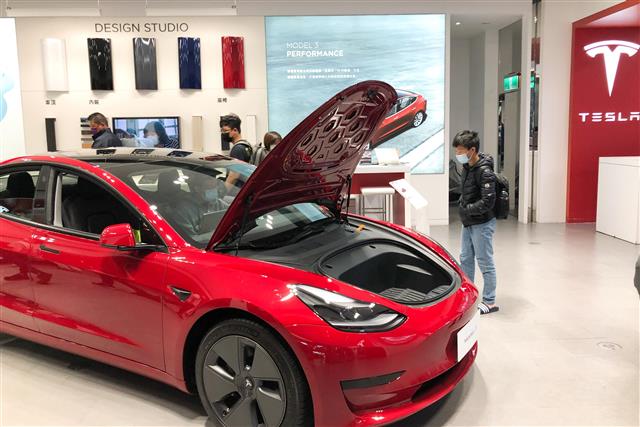 Tesla is expected to deliver the first batch of Model Y electric vehicles (EVs) equipped with 4680 batteries at the end of this quarter, according to reports.

According to supply chain companies, the two most crucial components in the 2022 EV industry are chips and lithium batteries.

The chip shortage for cars continues, mainly due to electrical/electronic architecture (EEA) increasing per-vehicle chip requirements, as well as good order visibility for automakers, which is expected to continue increasing supply.

On the lithium battery front, the gap between supply and demand continues to grow. As various countries and automakers actively move toward new energy vehicles (NEVs), lithium battery makers are unable to keep up with the demand. This could mean that 2022 might have a lithium battery shortage even more severe than the ongoing chip shortage.

In addition to Tesla's plan to use LFPs in 2/3 of its vehicle models, China-based independent brand automakers, along with international automotive brands in Europe, the US, South Korea, and Japan, are considering the feasibility of using LFPs.

The media pointed out that Tesla CEO Elon Musk said during a recent conference call that the 4680 batteries produced at its Austin factory will be used in the Model Y. Market sources estimated the first batch of 4680-battery-equipped EVs will be delivered by the end of the first quarter of 2022.

CATL has been plagued by serious rumors recently. According to Chinese media, CATL has been sanctioned by the US, and talks with Tesla have collapsed. Tesla has refuted these rumors. CATL claims to have been subjected to unfair competition tactics and has formally filed a lawsuit against its competitor Svolt Energy Technology.

Supply chain companies pointed out that the Chinese lithium battery supply chain broke up a previous oligopoly in the second half of 2021 due to high demand, resulting in automakers actively seeking other supply sources. Various lithium battery factories continue to expand production and there are also many new entrants. The overall size of the future supply chain is rapidly increasing, which is also increasing professional turnover rates and the number of unconfirmed industry rumors.