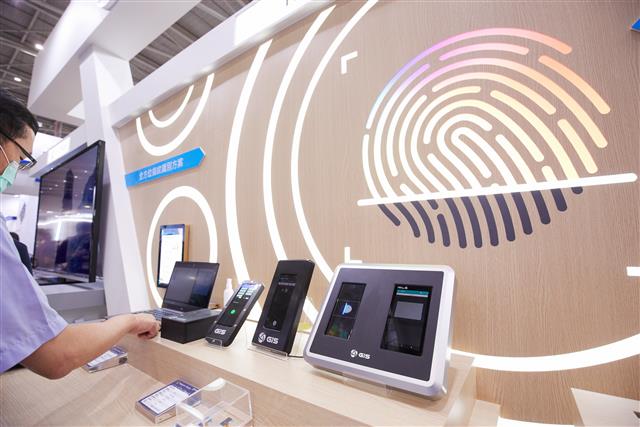 The three-day expo is taking place at Taipei Nangang Exhibition Center until April 29.

With its high-end ultrasonic under-display fingerprint sensors, GIS has become a supplier of a major Korean phone maker.

Industry sources said the company will mass-produce and ship capacitive fingerprint sensor modules in the second half of 2022, cutting into the supply chain of American handset makers.

For the emerging Internet of Things (IoT), the company has developed smart door keys using ultrasonic and optical sensing technologies. Users of ultrasonic keys can open metal or glass locks with fingerprints, while optical keys can be used to unlock glass materials of 2mm or more in thickness.

Its 3D image sensors can be applied in various sectors, including smart cars, healthcare, entertainment, and retailing. For example, its 3D human flow detection can help with evacuation, the company said.

Earlier this month, GIS has reported robust revenue growth in March, saying the growth was driven by notebook and tablet shipments.