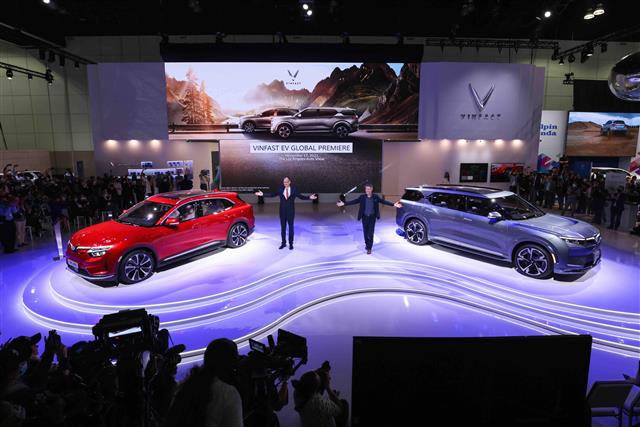 VinFast, Vietnam's homegrown automaker that belongs to the country's largest conglomerate Vingroup, has been deploying very quickly automotive production around the world.

Southeast Asia has seen substantial foreign investment inflow for EV manufacturing. Hyundai and SAIC have started automotive assembly in Indonesia. Mercedes-Benz announced that it will launch its EV EQS in Thailand in the fourth quarter of this year.

In addition to increasing foreign investment in its ICT supply chain from technology big names such as Samsung, Vietnam has seen exciting opportunities in electrifying automotive motors.

VinFast was established with a plan to build internal combusted engine vehicles in 2017, but the group shifted course to EVs and announced at the beginning of 2022 that it would focus solely on developing EVs.

At the Taiwan-Vietnam EV Forum hosted by the Southeast Asia Impact Alliance (SIA) in Taipei on July 28, deputy CEO of VinFast Nguyen Van Thanh said the company will cease production of conventional vehicles "this month" as the group picked up pace in deploying EVs.

The carmaker's VF 8 and VF 9 are scheduled to start delivery in the fourth quarter of this year to more than 75,000 customers who have pre-ordered the car.

Nguyen said VinFast has invested US$2 billion in setting up production in the US with an annual capacity of 250,000 vehicles, which will start supplying the US market from 2024 onwards. It planned to open 30 more showrooms in California.

Based in Hai Phong, Vietnam, VinFast's main production base sits in a vast industrial park, where suppliers could receive incentives for setting up production. The carmaker will provide cheaper land leasing deals and factory rentals for suppliers to sell to each other up close and to build a fully-fledged automotive supply chain in the park.

The agglomeration strategy is aimed to increase local production rate of EVs in Vietnam and reduce logistics delays and costs.

Nguyen added that VinFast "has had the idea to produce EVs from the start." And therefore, its highly automated production lines are capable of producing both ICE cars and EVs. The carmaker produced 1,700 ICE cars and nearly 100 electric vehicles this June.

VinFast has delivered domestically 85,000 cars and over 150,000 electric scooters since established.

Taiwan remains the sixth largest foreign investor in Vietnam and the carmaker is calling for more strategic partnerships with Taiwanese/global suppliers.