SEA PMI mostly down in July except in Thailand, Indonesia, and Malaysia 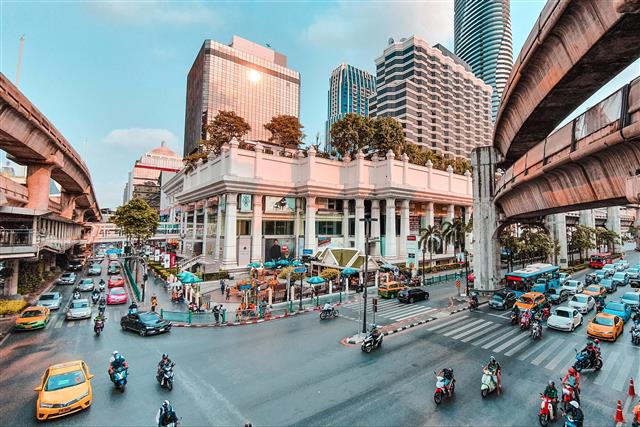 Overall, there is an improvement in the health of their respective manufacturing sectors during July except for Myanmar. Slowdowns were visible across the Philippines and Vietnam, with the latest improvements the weakest in six, and ten months, respectively.

"Additionally, price pressures remain persistently high, despite easing marginally on the month. In response, central banks around the region are likely to exercise tighter monetary policies. This could potentially impact growth momentum and demand in the coming months, which continues to find its bearing as the COVID-19 shocks subside," she added. Not only did Thailand's manufacturing sector record the second-strongest improvement in conditions on record during July, but also a seventh consecutive monthly improvement in business conditions, according to the latest S&P Global PMI data.

Conditions improved in July across the board, thanks to a further expansion in output.

The number of orders for stocks increased in July following a two-month period where volumes had declined. This is reportedly linked to an increase in client demand. The pace of growth stayed slow at a fractional rate overall. Foreign demand also improved in July, as signaled by a sustained rise in new export orders to Thai companies.

Elsewhere, pressure on capacity increased in July with the rate of backlog depletion being among the steepest on record. In the words of the panel, there's been a subdued pipeline of new work available. This had helped firms clear their backlogs and reduced employment modestly in July. Costs were also cut as a result. Transport issues and capacity pressures at suppliers, however, cause a longer delivery time.

Thai manufacturers continued to struggle in July, as input prices continued to rise for the twenty-second straight month. Fuel, transport, and material costs were cited as drivers of the latest increase.

Notably, inflation was higher than expected at this point in the year.

The Philippines: Growth rate was the weakest in 11 months

The Philippines PMI fell from 53.8 points to 50.8 points. The main causes for the lower headline figure were the contractions seen across production levels and inflows of new business.

Business activity has been slow throughout July, with only a slight rise in buying activity. Businesses are being impacted by receding business requirements and rising prices, with firms noticing a lack of interest in making purchases.

"Despite only a marginal rise in input buying and demand for materials, average lead times lengthened to a greater extent as firms noted port congestion, shipment delays, and logical challenges," Maryam Baluch, another economist at S&P Global Market Intelligence commented.

The Vietnamese manufacturing sector remained in growth territory at the start of 3Q22, but there were some signs of demand weakening.

The new orders have been trending upward in the past ten months, but the rate of expansion slowed to its lowest point since April. New export orders rose solidly, faster than total new orders.

Continued growth in new orders led manufacturers to expand production in July. Output increased in the past four months. The expansion rate was only marginal amid signs of demand coming down, shipping difficulties, and price pressures.

Andrew Harker Economics Director at S&P Global Market Intelligence was not worried about the decline in demand. He pointed out that prices and supply pressures were trending in a favorable direction.

"The rate of input cost inflation slowed sharply, while supply chains neared stabilization," he said. "With these factors having provided serious headwinds for firms over a sustained period, signs of improvement should hopefully boost growth prospects."

Myanmar: Deterioration rate was the fastest seen since October 2021

With production volumes declining faster in July and the decline in factory orders picking up, economic growth is forecast to be lower than previously anticipated.

Panelists often highlighted those financial constraints of customers had weighed on inflows of new orders.

In line with a fall in production requirements, firms reduced their staffing levels during July. While the rate of job shedding was modest, it ended a seven-month sequence of rising employment.

A majority of firms reported no change in staffing levels, but some did signal a drop. Firms often attributed this to declining order book volumes and wage dissatisfaction among employees.

"The lingering political turmoil continues to plague the country, and the impact on the manufacturing sector remains severe as factory closures, supply chain disruption, and material scarcity are often reported by our panelists," Baluch said.

She continued, "The cocktail of ongoing political and economic challenges alongside strong inflationary pressures paint a much gloomier picture of the sector and its prospects as we start the second half of the year."