GM and Toyota securing lithium supply for EV ramp up 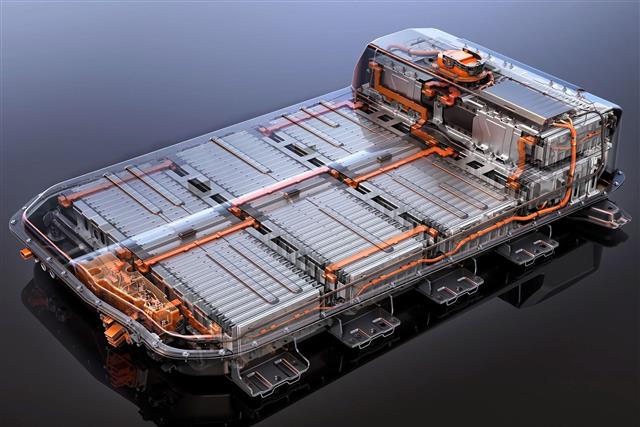 General Motors recently secured a six-year lithium supply deal with Livent Corp, a US-based lithium products maker. The company also supplies BMW. At a conference call on August 2, it revealed that GM is prepaying US$198 million for the purchase.

According to Reuters, in 2025 Livent will begin offering lithium to GM at a contractual price per tonne. It is unusual in the mining industry to prepay cash for a guaranteed deal. Therefore, the purchase showed that GM is determined to achieve its goal to produce one million electric vehicles (EV) each year in North America by 2025.

Additionally, Toyota Motor received a lithium supply boost for its North American market, which generates the most sales for the automaker. According to Electrek, Toyota has signed a new supply agreement with Australia-based Ioneer, a lithium-boron producer.

Ioneer owns the Rhyolite Ridge mining project in southern Nevada, the US. It will provide 4,000 tonnes of lithium carbonate annually to Prime Planet Energy & Solutions, a joint venture between Toyota and Panasonic.

Electrek reported that the lithium supply would enable the JV to make roughly 150,000 EV batteries. Toyota aims to launch 30 battery EVs by 2030 and forecasts 3.5 million EV sales every year by the end of the decade.

Lithium availability in the US would be more important if the newly proposed climate bill became law. The bill includes EV tax credit expansion that would require carmakers to source lithium domestically or through the free-trade partners of the US.

Lithium demand is set to surge in the next few years. An EV battery supply chain report from the International Energy Agency projected that the need would increase sixfold to 500 kilotonnes by 2030 in the Announced Policies Scenario (APS). As a result, 50 new average-sized mines are required. APS refers to a scenario assuming all climate commitments made by governments will be met.

Battery is now the dominant driver of lithium demand. According to IEA, lithium supply has grown to be a particular concern because it is irreplaceable for Li-ion batteries. Moreover, no commercial alternative battery chemistry available at scale nowadays can meet the same performance level as Li-ion batteries.

Paul Graves, Livent's CEO, has advocated a closer partnership between automakers and lithium producers. In an interview with Reuters last year, the CEO said that lithium shortage might appear if the automotive industry does not secure long-term deals.

Some China-based battery manufacturers have taken aggressive approaches to secure their lithium supplies. For example, Sunwoda announced in mid-July that one of its subsidiaries plans to buy the Laguna Caro mining project, located in one of the regions rich in lithium brine in Argentina. The project is held by Goldinka Energy S.A., the third largest lithium producer in the country, according to OFweek.

On the other hand, Gotion High-tech has built strategic cooperation with JEMSE of Argentina for local lithium mineral resources supply. According to Gotion, the two companies have established a JV in Argentina to establish a battery-grade lithium carbonate refiner. JEMSE will provide the exploration and mining rights for an area of about 17,000 hectares.

For the project's first phase, the duo aims to build a production line for battery-grade lithium carbonate with a capacity of 10,000 tonnes per year. They will also work on downstream business development. Gotion said their batteries made in Argentina are likely to be used in Germany, India, the US, Spain and Vietnam markets.