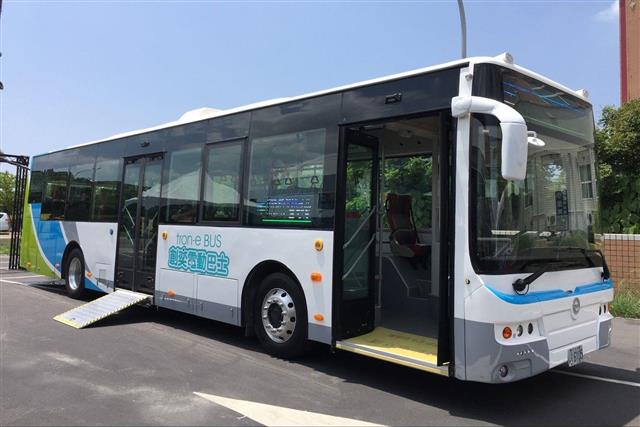 Taiwan's Industrial Technology Research Institute (ITRI) and electric bus maker Tron Energy Technology (Tron-e) have co-developed a lane-keeping assistance system (LKAS) for use in electric buses, which will be promoted to Southeast Asia markets apart from being incorporated into Taiwan-made vehicles, according to ITRI sources.

ITRI said the system, already installed in Tron-e's 12-meter low-chassis electric buses, can operate in the speed range of 30-90 kilometers per hour. It can automatically alert the driver and correct the driving lane in case the vehicle deviates from the regular lane with no directional lights turned on.

Da-Jeng Yao, general director of ITRI's Mechanical and Mechatronics Systems Research Laboratories, stressed the most important feature of the LKAS lies in its accurate dynamic control technology, which enables a bus weighing more than 10 tons and traveling at a speed of 90km/h to overcome side winds and road surface undulations and drive steadily on a lane of 3-4 meters in width.

Yao said the global conversion of oil-fueled vehicles to electrical vehicles is an inevitable trend, with the market for electric buses, in particular, at a rapid growth stage. He continued ITRI has boasted abundant R&D momentum for engineering systems for electric buses, such as advanced driver assistance system (ADAS), chassis transmission control, vehicle dynamics and structural vibration and noise reduction solutions.

Tron-e chairman Richard Huang also noted that the cooperation with ITRI has enabled the company to incorporate advanced driver assistance technology into its electric buses, boosting not only the added-value of its vehicles but also the safety of drivers and passengers.

Huang said his company will continue to produce more quality electric buses for domestic use, now that Taiwan is actively promoting smart electric buses, aiming to have a total of 11,700 electric buses running on urban streets around the country by 2030. The Ministry of Transportation and Communications (MOTC) has stipulated that starting 2022, companies in a demonstration program should equip their electric buses with lane-keeping assistance systems to enhance driving safety on urban streets and highways.