Chinese EV makers warned of delisting from US exchanges 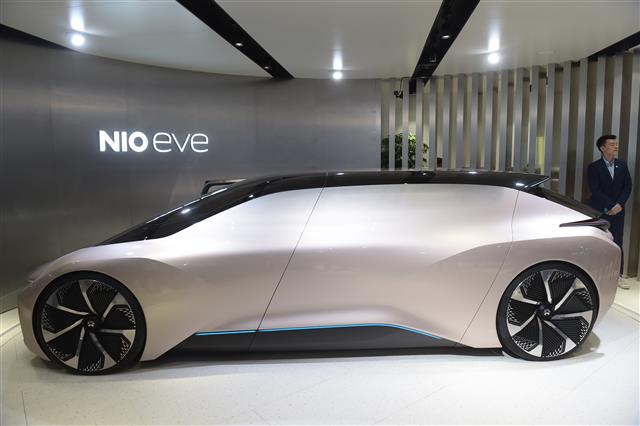 US Securities and Exchange Commission (SEC) last week listed more than 80 Chinese firms in a provisional list of entities that might be delisted if they fail to cooperate with audit regulations. Several Chinese electric vehicle (EV) makers - Nio, Li Auto, and XPeng - have been targetted since April.

The SEC said its move was based on the Holding Foreign Companies Accountable Act, which was passed by the US Congress in 2020 and stipulates that any company that fails to open its books to regulators within three years must delist, Fortune reported.

Despite Beijing's initial concession, the SEC is pushing for full compliance, and several Chinese companies have left or are planning to leave US stock exchanges, after former US president Donald Trump barred Americans from investing in the companies, the report said.

While SEC is doing what US law stipulates, it is viewed as an inevitable trend that more Chinese companies are returning to China's stock market, especially when US-China relations remain tense, industry sources said.

Once they leave the US stock market, the Chinese companies would find capital raising more difficult, while some of them have prepared response strategies, the sources said.

The best way for them to return to China's stock market is to seek a secondary listing on Hong Kong Exchanges while retaining their listing in the US. For example, Nio has announced that it is planning a secondary share listing in Singapore.

Nio, which is listed on the New York Stock Exchange, also carried out a secondary listing in Hong Kong in March. Singapore would be the third exchange that Nio's shares are trading on, CNBC reported.

Most carmakers, except Tesla, are still not able to make profits from EV making, so their fundraising capabilities are crucial for business survival, industry sources said.

In addition to Nio, smaller Chinese carmakers, such as WM Motor and Hozon Auto, are also reportedly mulling listing in Hong Kong. It is said these newer automakers chose Hong Kong Exchanges because they had difficulty getting listed in China and the US.

Despite the hassles associated with stock listing in the US, the country's alternative fuel vehicle market remains attractive for Chinese firms, especially for lithium battery suppliers.

Chinese battery supplier Gotion High-tech in December last year said its US-based subsidiary Gotion has become a supplier of a big American automaker and that the two have signed a cooperation deal for LFP batteries.

CATL, the world's largest battery maker, is in the final stages of vetting sites in the US to build EV batteries, an investment that would mark the Chinese company's first production in the world's second-largest car market, Reuters reported.

It is in talks to open plants that would serve BMW and Ford Motor, and potential sites for the factory include South Carolina and Kentucky. CATL chairman Zeng Yuqun has said the company was exploring possibilities to localize production for overseas automakers in their countries, the report said.

CATL will open its first battery plant outside China later this year in Arnstadt, Germany, to serve BMW and other automakers, according to Reuters.