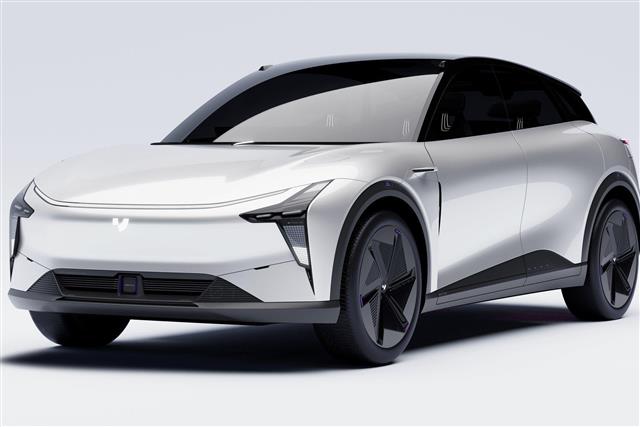 Jidu, an EV joint venture of Baidu and Geely, showcased its first automotive concept robocar Robo-01 earlier this month. Following the establishment of the company in March 2021, it took Jidu only 15 months to develop the concept car.

Futurism, robotic, and emotion are the three "genes" of the car, the carmaker said. The concept car adopts both vision and LiDAR self-driving systems to enhance object and people detection.

All physical buttons are removed from the cabin and the vehicle could be operated by voice control. Other highlights include the 3D borderless one-piece large screen, the active liftable rear ROBOWing, and the foldable U-shaped steering wheel.

Baidu has been developing autonomous driving technology since 2013, and Jidu aims to differentiate from other EV carmakers by designing smart vehicles.

BYD chairman Wang Chuan-fu also has noted that BYD will be able to verify all the technologies needed for a smart vehicle the way it did with EVs.

Nvidia and Huawei have been providing automotive chips for high-end EVs. Some new EV models from ARCFOX, Changan Avatr, NIO, XPeng, Li Auto, and SAIC are equipped with LiDARs.

Jidu CEO Xia Yi-ping said Jidu's first production vehicle will be announced in the third quarter this year and it will possess 90% of the features of the concept model.