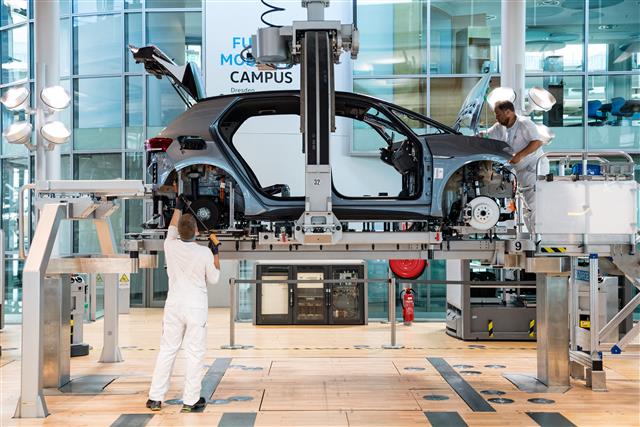 Automotive electronics supplier On Semiconductor (Onsemi) has stopped taking orders for insulated gate bipolar transistors (IGBTs) at its Shenzhen plant, but some orders might be the result of overbooking, according to industry sources.

Since 2021, car-grade power semiconductors and microcontroller units (MCUs) have been in short supply, which has not improved so far in 2022 mainly because the surging demand for vehicle electronics is outpacing the speed of prodcution expansions, the sources said.

For automotive parts IDMs, it is commonplace to see order visibility extending to one or two years later. As they are aggressively ramping up production to serve clients with long-term agreements, they do not have much capacity left for new clients or those seeking short-term supply, the sources said.

According to industry sources, Onsemi's Shenzhen plant has seen capacity fully booked in 2022 and 2023, so it has stopped taking additional orders.

The plant's book-to-bill ratio appears to be 2:1, but the actual ratio is more likely to be 1.5:1, as some of the orders might be the result of overbooking by clients to prevent the impact of automotive chip shortages, the sources said.

Clients who have signed higher-price deals can receive shipments faster, while those insisting on normal prices will inevitbly be served later, the sources said.

There is a 50% gap between the demand and supply of China's automotive IGBT market, with a lead time of 50 weeks or more. Some suppliers have warned the impact of IGBT shortages on alternative fuel vehicles (AFVs) would become acuter in the latter half of this year, with the impact projected to be more significant than MCU shortages, according to Chinese media reports.

Vehicle parts suppliers are usually willing to adjust production schedules for major clients, so emerging carmakers have more problem obtaining the parts they need. Whether it is Onsemi, Infineon, or STMicroelectronics, they have been selectively taking orders since late 2021, industry sources said.

Japan's Denso and UMC's subsidiary in the country, USJC, in April 2022 announced their partnership to produce power semiconductors at USJC's 300mm fab in order to serve the growing demand in the automotive market, according to UMC's press release.

A fossil fuel car needs about 18 power semiconductors, while an EV needs up to 250, mainly used in motor inverters, converters, chargers, battery management systems, and motor controllers, according to Infineon.