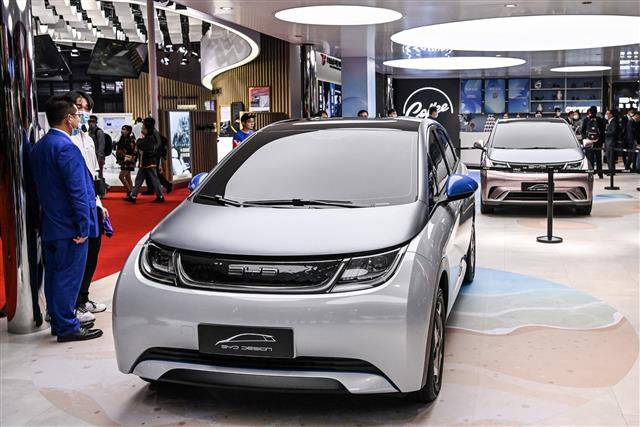 After seeing its market valuation top CNY1 trillion (US$148.9 billion) in early June, BYD has joined Huawei on the list of investors of SiC epitaxial wafer manufacturer Tianyu Semiconductor.

Founded in 2009, Tianyu is located in the southern Chinese city of Dongguan. According to its website, it is the first China-based company to engage in R&D, production and sales of third-generation SiC epitaxial wafers, and the first SiC semiconductor material supply chain enterprise in the country to obtain automotive quality certification (IATF 16949).

Tianyu is also the first company in China to mass-produce 6-inch epitaxial wafers, and it is currently developing key technologies for the 8-inch SiC manufacturing process, the website says.

The company began constructing a production line with an annual output of one million 6- and 8-inch SiC epitaxial wafers in April. The line will generate an estimated CNY870 million a year in revenue once operation begins in 2025, and it is expected to generate annual revenues of CNY8-11 billion between 2028-2031.

In 2020, the BYD Han, a four-wheel-drive and high-performance electric sedan, became the first EV model in China to adopt an in-house-developed SiC module developed by an automaker. BYD announced in late 2020 that it will begin developing its own SiC chips to replace silicon-based IGBT by 2023.

Bosch also began mass-producing automotive SiC power semiconductors in December 2020, becoming the first auto parts supplier in the world to self-produce SiC components. The company currently has a 1,000-square-meter cleanroom at its wafer plant in Reutlingen, Germany, and it is planning to build a 3,000-square-meter cleanroom for SiC semiconductor production at the end of 2023.

Meanwhile, Li Auto and LED chipmaker Sanan Optoelectronics established a joint venture Sike Semiconductor in Suzhou in May this year, and the new enterprise will mainly engage in R&D of SiC chips for drive motor controllers of passenger EVs.