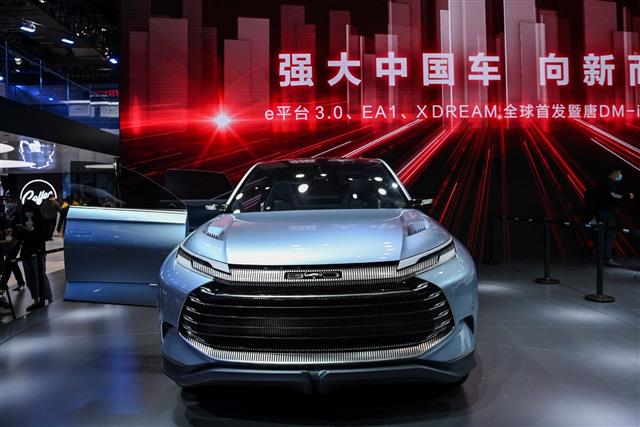 China advances its leading position in the global New Energy Vehicle (NEV) market as the pandemic and the Russia-Ukraine war impact Europe. According to data from the China Passenger Car Association (CPCA), China contributed 59% of worldwide NEV sales in 1H22, significantly higher than Europe and North America.

According to the post, China saw 2.51 million NEV sales in the year's first six months, taking up 59% of the global market. The country contributed about 52% of worldwide sales in 1H21.

Cui said stable supply and strong demand resulted in China's increasing share. In addition, its sales growth has gradually been driven by the market instead of government policies or incentives.

However, supply chain disruptions caused by the pandemic and war have more burdened the Europe NEV market. The region enjoyed 34.4% of the market share last year but had trouble taking up one-third of the market in 1H22.

The US is developing its NEV market and has maintained about 10% of the global share. Moreover, South Korea and Japan still accounted for limited NEV sales this year at 1.3% and 0.8%, respectively.

According to CPCA, NEV sales in China were hit by the Russia-Ukraine war in April but recovered in June. As a result, the country will likely see surging transactions in the third and fourth quarters of 2022.

As for global NEV adoption, CPCA's data shows the penetration rate keeps increasing and has reached 10% in 2022. However, there is a concentration on adoption. For example, Norway topped the world with a 71% penetration rate, while China and Germany reached 22%. On the other hand, the rate in the US was about 7% and significantly lower in Japan at about 2%.

According to Cui, the worldwide NEV market will keep advancing with the US market booming.

When looking at CPCA's market share data by car brands, Tesla led the pack with a 16% share, followed by BYD at 15.4%. SAIC Motor and Volkswagen Group grabbed third and fourth place.

Tesla reported US$16.93 billion in 2Q sales, with a decreased automotive gross margin of 27.9%. According to CNBC, the gross margin was affected by inflation as well as batteries and parts competition.

To secure material supply in response to the surging need for batteries, Tesla has signed new long-term deals with Zhejiang Huayou Cobalt and CNGR Advanced Material. The two China-based companies are Tesla's existing suppliers, according to Bloomberg. They will provide ternary precursor material to the EV company until 2025.

Additionally, Volkswagen saw a 27% increase in all-electric vehicle delivery in 1H22. While impacted by the COVID-related lockdown in China in 2Q, its monthly production run-rate recovered in June.

According to the group, China represents its second-largest BEV market with 29% of sales in the first half of this year. Volkswagen delivered 63,500 BEVs in the region, a more than three times growth from 1H21.