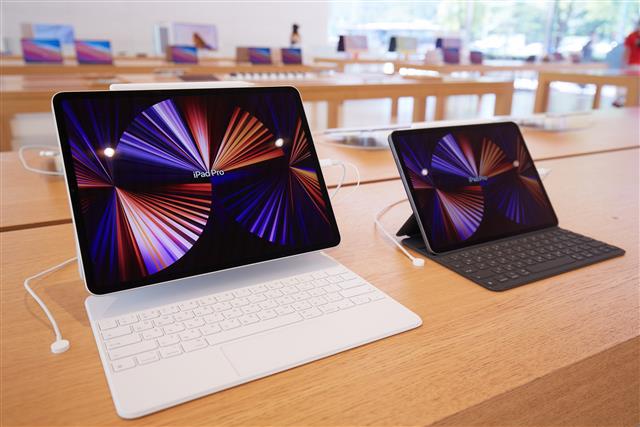 Apple has become a bellwether in the HPC chip segment by rolling out its high-performance M1 series built using advanced process at its foundry partner, but all other manufacturing segments in the semiconductor industry will also be gaining weight in the HPC era, according to Jim Hsiao, a senior analyst at DIGITIMES Research.

At a recent online seminar Strategy Next hosted by DIGITIMES Research, Hsiao said that in the HPC era, chip performance will no longer be determined by the wafer fabrication process alone, as advanced packaging, high-end IC substrates and overall system designs will also play a crucial role in boosting computing power of chip solutions.

This can be evidenced by the rapid rise of Apple's M1 chip series in the HPC market, bolstered by TSMC's advanced packaging solutions and high-performance ABF substrates from Taiwan's leading IC substrate supplier, apart from the foundry's 5nm process techology, Hsiao stressed.

Another example is Intel, which has also effectively upgraded the computing power of its HPC processors by using its in-house developed advanced packaging solutions, as well as high-end ABF substrates developed in cooperation with suppliers, Hsiao continued.

Apple's M series processors are widely believed to have reversed the previous image of the Arm architecture, proving it can rival well with the x86 architecture. Qualcomm and MediaTek are both optimistic that Apple's success has ushered in unprecedented opportunities for them, with the former keenly developing Arm-architecture 5G notebook processors by incorporating its own wireless communication technology, and the latter also proceeding with the development of notebook chip solutions.

Market observers are highly concerned about whether Qualcomm will be able to challenge Intel and AMD with its own Arm-based notebook processors and become a new player in the high-end PC processor field.

Currently, notebook users are more concerned about processor performance, with wireless communication capability not being their primary concern. But for Arm-architecture processors, Qualcomm's 5G notebook chip performance will play an important role in helping the chipmaker cross into the market for Windows PCs, according to Hsiao.