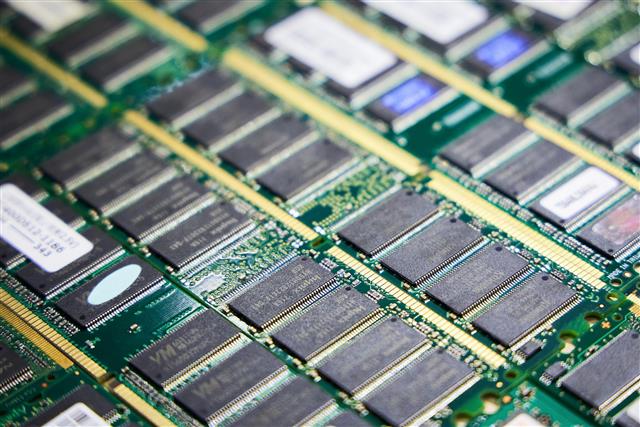 Semiconductor is a high-tech industry that requires continuous investment in the development of cutting-edge technologies to create new economic value. With the advantage of entering the market early, leading semiconductor companies can generate significant profit and use that profit to develop more advanced manufacturing processes to extend their lead. By increasing their capital spending, they can build up stronger economies of scale. This virtuous circle is the winning formula for businesses competing in high-tech industries.

The development of different memory sectors can be roughly divided into four eras: (1) The era of DRAM driving semiconductor manufacturing process improvement (1980-2000); (2) the era of companies utilizing manufacturing processes and equipment for both DRAM and 2D NAND flash (2000-2013); (3) The era of technology diversion between DRAM and 3D NAND flash (2013-2022); and (4) the era of creating new economic value for memories (2022 onward).

How did DRAM become the main driver of semiconductor manufacturing process improvement in the past? There are three reasons. First, from a technical perspective, the main body of DRAM memory is constructed by bits of memory cells, and the maturity level of the manufacturing process is tightly related to costs. Second, since DRAM products are designed with the same industrial specifications, there is no performance difference between products made by different manufacturers, and costs became a major factor determining the products' competitiveness. Third, DRAM is the only semiconductor subcategory that can generate enough operating profit to invest in the development of more advanced semiconductor manufacturing processes.

The concept of "the threshold for a company to independently develop in-house technology" should be mentioned here. Developing cutting-edge technologies is obviously a highly expensive process, and related expenses are accumulated from a company's operating profit. A company must first secure a certain market share before it can accumulate enough operating profit to pass this threshold. As a rule of thumb, a company must account for 15% of the global turnover of the semiconductor subcategory it is in before it can afford to develop advanced processes independently. The same rule applies to the memory sector and logic foundry sector.

Due to the reality and competitive structure of the memory sector, every memory company wants to increase its economies of scale and accelerate its development of advanced processes. The leading companies that remain in the memory industry today have all managed to cross this threshold with financial support from business conglomerates, technology development cooperation partnerships, or horizontal mergers.

During this era when DRAM was a driver for semiconductor manufacturing process improvement, the most common business model between memory companies was that the leading company would license its technologies to its partners in exchange for their production capacity. Under the model, the leading company provided its technologies to potential competitors in exchange for production capacity at a relatively cheap price to scale up its production and R&D. For the company gaining access to advanced manufacturing processes, the model helps save it time from developing its own technologies but could limit its profit, hence the strategy is not suitable for long-term competition. This business model fulfilled the needs of both participating parties and was popular during this era, and it also led to the rise of Taiwan's DRAM sector.

Regardless, DRAM played an important role in propelling the improvement of semiconductor advanced processes during this time. This is evident in that DRAM was the first memory sector to adopt 12-inch fabs, as well as DUV, CMP, and other important manufacturing processes and equipment. (Editor's note: This is part of a series about the memory industry written by DIGITIMES adviser Albert Lin. Lin received his PhD in Physics in 1988, taught at National Central University, and then move to the technology industry. Lin used to serve as director and vice president of ProMOS Technologies, and president of ConDel International Technologies. He was an advisory member of Taiwan Semicon, chaired the Huangguang Forum, and was chairman of the Supervisory Board of Taiwan Semiconductor Industry Association. Now, Lin is visiting research fellow in the Department of Physics, National Taiwan University. His main research fields are new materials, new mechanisms, and basic research on quantum information. He is standing supervisor of the Taiwan Association of Quantum Computing and Information Technology.)