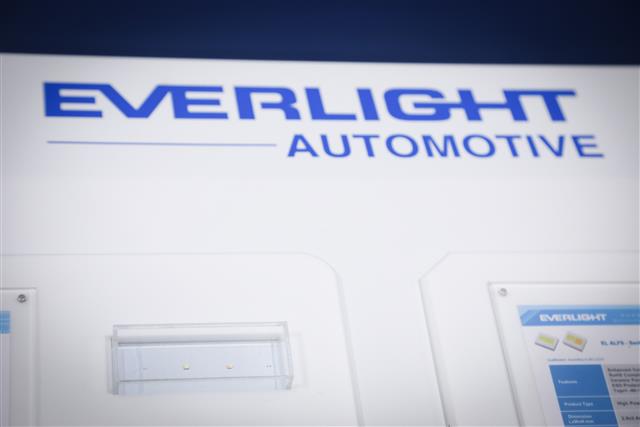 LED chipmaker Everlight Electronics expects shipments of its miniLED backlight units (BLU) for automotive displays to rise in the second half of 2022, when its Taiwan production capacity for the offering will be expanded sharply, according to industry sources.

While turning conservative about capacity expansions for photo couplers and invisible LED amid a slowdown in market demand, Everlight is actively moving to double its capacity for POB (package-on-board) miniLED products at its plant in Tunglo, northern Taiwan by the end of the year. The plant is dedicated to production of automotive LED products, including those for ambient lights, exterior display lights, and headlights, the sources said.

Everlight's miniLED BLU shipments for automotive applications are expected to ramp up significantly starting late in the second half of 2022 or early 2023, serving as a new revenue and profit growth driver for the company, the sources indicated. Its sales of miniLED BLU solutions for TVs will remain on a growth track in 2022 despite price competition from Chinese peers, the sources added.

The company has reported its first-quarter 2022 revenues slipped 4.43% sequentially and 6.52% on year reaching NT$5.502 billion (US$185.31 billion) due mainly to inventory adjustments for photo couplers at clients. But its net profits for the quarter jumped 78% sequentially to NT$460 million thanks to a lower comparison base for a quarter earlier.

Its April revenues fell 33.03% sequentially and 34.19% on year to a 26-month low of NT$1.36 billion, mainly because its production and shipment capacity at its plant in China's Suzhou was affected by both lockdowns there and delayed influx of related components. Its January-April sales contracted 13.72% on year to NT$6.862 billion.

Everlight has gradually resumed smooth shipments for the moment, but its second-quarter sales could hardly reach the same performance of a year earlier, the sources said, adding that its revenue for the quarter is likely to rise slightly at best or stay flat relative to the first quarter.