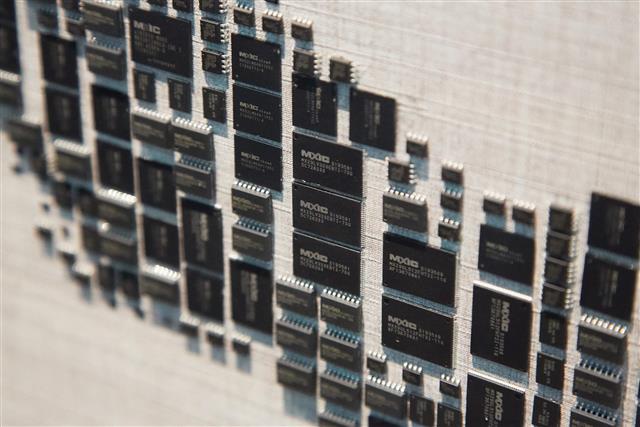 Macronix International and Winbond Electronics have both put increased sales focus on high-density NOR flash for 5G base stations and automotive electronics, as demand for consumer applications remains sluggish, according to industry sources.

In response to slack end-market demand for PCs and handsets, even Samsung Electronics reportedly has suspended procurements of related components for its products, and NOR flash chips are thus facing a freeze in shipment momentum, with those paired with PC BIOS (basic input/output system) and mounted on handset-use OLED panels bearing the brunt of the impact, the sources said.

But Macronix is being only slightly affected by the weakening consumer applications, as over 80% of its NOR flash chips are used in 5G base stations, automotive electronics and other non-consumer applications, the sources noted. They added the company is expected to see strong demand from clients in Europe, the US and Japan in the second half of 2022.

Macronix now dominates nearly 80% of global NOR supply, mainly1Gb or 2Gb offerings, for 5G base stations, having penetrated into the supply chains of leading vendors of infrastructure network facilities, the sources indicated. The company has also seen 16% of its revenues contributed by NOR shipments for automotive applications, which will continue to serve as a growth engine in the next three years.

Winbond is now the largest supplier of NOR for PC BIOS applications, commanding a 70-80% share of the market segment, mainly 128Mb and 256Mb offerings. Faced with waning market demand, the company has said it will join forces with clients to tide over the difficult times while continuing its dominance in PC applications.

Also, Winbond has been keenly developing high-density NOR flash products for 5G base stations and automotive electronics. It started in late 2021 small-volume shipments of 1Gb-2Gb NOR flash chips to two international vendors of 5G network equipment, with the shipments expected to ramp up steadily improving its gross margins, the sources said. Its revenue ratio for car-use NOR shipments is estimated to grow to 15% by the end of 2023 from current 7%.

NOR flash chips with a density of over 512Mb are expected to promise stable profitability for suppliers, and those with lower density, particularly 4-16Mb offerings, are under increasing pressure for price falls amid poor sales of end-market general consumer electronic devices, the sources added.